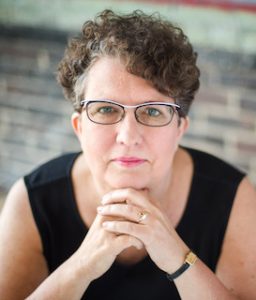 C. K. Gunsalus is the Director of the National Center for Professional and Research Ethics (NCPRE), Professor Emerita of Business, and Research Professor at the Coordinated Sciences Laboratory.

Gunsalus is the PI for the $2.7M Developing University Leaders Project with Nanyang Technological University in Singapore and was the PI for the centerpiece project of NCPRE, a national online ethics resource center initiated with $1.5M from the National Science Foundation. She has been on the faculty of the colleges of Business, Law, and Medicine at the University of Illinois at Urbana- Champaign and served as Special Counsel in the Office of University Counsel. In the College of Business, she taught Leadership and Ethics in the MBA program and was the director of the required Professional Responsibility course for all undergraduates in the college. She was a member of the faculty of the Medical Humanities/Social Sciences program in the College of Medicine, where she taught communication, conflict resolution skills and ethics. In 2013, she was selected as one of 15 for the long list (finalists) for the Economist Intelligence Unit’s Best Business Professor of the Year Award.

For many years as an Associate Provost, Gunsalus was responsible for a range of academic policy and administrative duties, including department head training/support and academic policy interpretations and revision. During that time, she was known as the “department of yucky problems,” with duties encompassing oversight of the discrimination and harassment grievance procedure, problem personnel cases and membership on the workplace violence team. Before that, her experience at the University included technology transfer, management of conflicts of interest, human subject protection, and long-term service as the campus Research Standards Officer with responsibility for responding to allegations of professional misconduct by faculty and students.

A licensed attorney, Ms. Gunsalus graduated Magna Cum Laude from the University of Illinois College of Law and has an AB with Distinction in History from the University of Illinois at Urbana- Champaign. She serves on the Committee on Responsible Science of the National Academy of Sciences. In 2004, she was elected a Fellow of the AAAS in recognition of her “sustained contributions to the national debate over improving the practical handling of ethical, legal, professional and administrative issues as they affect scientific research.” She served on the Illinois Supreme Court’s Commission on Professionalism from 2005 through 2013, was a member of the United States Commission on Research Integrity and served for four years as chair of the American Association for the Advancement of Science (AAAS) Committee on Scientific Freedom and Responsibility. She served on the Committee on Research Integrity of the Association of American Medical Colleges (AAMC) and the Government- University-Industry Research Roundtable Ad Hoc Group on Conflict of Interest. In her spare time, Ms. Gunsalus also served 12 years on the Urbana Board of Education (school board), eight of those years as its President.

She has a written book on survival skills for academic leaders published by the Harvard University Press entitled The College Administrator’s Survival Guide (2006) and one about preventing and responding to workplace challenges entitled The Young Professional’s Survival Guide: From Cab Fares to Moral Snares (Harvard Press, 2012). She is the lead instructor for a three-course MOOC specialization hosted by Coursera, Professional IQ: Preventing and Solving Problems at Work.